Web Design Trends that Turned Out to be Flops

Now that Flash is finally being widely recognized for the horribly SEO-unfriendly invention that it was, let’s take a look at some other terrible trends in web design that have tortured countless innocent victims.

These are the cute little animations that spin around while elements of your website load. Think about that for a second. We all know that Google favors sites that load more quickly than those that don’t, and we know that consumers in 2016 simply won’t wait around on slow-loading sites and instead will click on a competitor’s -YET - we’re going to intentionally spend time on developing a preloader that tells the world “screw you, dear visitors” rather than fix our slowness. That’s a special kind of ignorant folks. (Want to see fast? Blockity hosting is insanely quick; no need to build a “please wait” icon.)

This is the act of intentionally going ugly, or at least forgoing best practice when it comes to UX, formatting, and all things sensible. Although the guilty designers will tell you that they did not intend to build a horrible looking, unintuitive website, but instead decided to stick with a HTML-from-scratch approach, eschewing the clean templated look to create something truly unique. Unique, or grotesque; and customers be damned. Not making this up, it’s an actual thing.

Whether it’s video or music, autoplay anything is just a dreadful idea. I’ll watch your video when I’m bloody good and ready – not the second I land on your website! And for music autoplay – the question is why? Do I actually need a soundtrack to understand your website?

Let people scroll around and read first. If they like what they see, then they’ll play your video.

Google can’t read fancy text that’s been animated into an image, so you don’t want to hide important information this way. If you have keyword-rich text hidden in an image it will just look like a blank spot on the page to web crawlers. There are many awesome fonts out there; it’s not necessary to stylize your text and make it useless.

In the old days we were told to keep everything important on a webpage “above the fold”. This was because the “crawl budget” of Google’s spider bot was limited and the little feller might not make it all the way to the bottom of the page. Also, we thought that visitors were too stupid or lazy to scroll down. Hence, the idea of sliding headers that successively tell the story about your products and services made sense at the time. However, now we’re in the age of infinite scrolling and Google is indexing more than ever. Consumers won’t sit and wait for the sliders in your header to cycle through – they would rather scroll down to learn more. Want to make a slider even sillier? Add a caption to it!

Here’s a shortcut to avoiding most of these blunders: get started now with an awesome looking and user-focused template using the Blockity website builder! 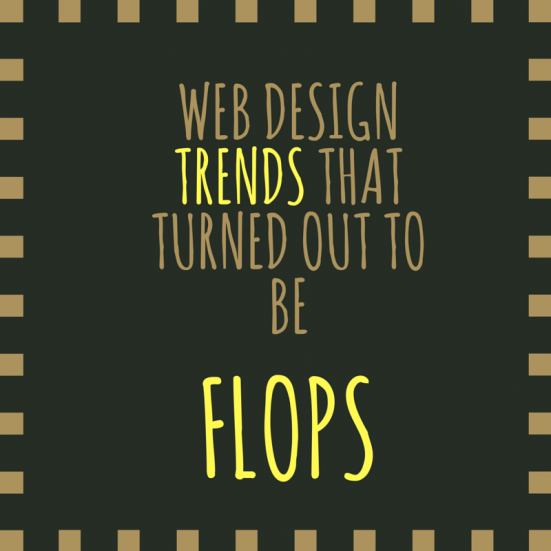 By Mark Holland exclusively for blockity.co